Santo Domingo. – A drive along the capital’s main avenues and the country’s provinces reveals that the commercial activity is on the rise, despite the international crisis and the violent actions by small groups which spread chaos in some communities.

In Santo Domingo’s Luperón avenue, the Jumbo supermarket chain is building a huge shopping center on the site of the old Herrera Airport, which company sources say could be the country’s largest, whereas another chain, La Sirena, also plans to open another store on that avenue.

In front of Jumbo another large construction is underway of the group CNN (Cuesta), which for years had warehouses and offices there. Now there will also be a modern supermarket to compete with those already operating in that zone.

And while social and political groups call for strikes and confrontations with Police, La Sirena’s executives build a modern shopping center in Puerto Plata, at a cost of more than RD$300 million.

The Lama group also ignores the voices of pessimism which augur misfortune, and announces the creation of 700 jobs, by expanding its services in different parts of the capital and will soon open a large shopping center in the intersection of the avenues Maximo Gomez and Nicolas de Obando, and will build a supermarket on the avenue Charles de Gaulle.

Moreover, Europe’s largest furniture maker, Ikea, is building one of the largest shopping centers, on John F. Kennedy avenue, whereas the Garcia brothers build a new facility right next to its current business, Ferreteria Americana, and elsewhere on the same the lands the Bisono group builds high rise condos, similar to those the promote in different parts of Santo Domingo province and the National District.

In Miches, El Seibo province (east), Venezuela’s powerful Cisneros group spurs that community development with important investments, expected to turn it into one of the country’s most attractive zones, such as what’s occurring in Cap Cana, where two new constructions are underway and this weekend the PGA Champions Tour will be staged, the world’s most important golf event.

Recently Tourism minister Francisco Javier Garcia announced the construction of two new hotels in Cabarete and Puerto Plata, as a result of his participation in Berlin’s Tourism Fair, at a cost of more than US$250 million.

There’s also the construction of impressive buildings right in the center of the capital; the Santo Domingo Port project already advanced; the Barrick Gold project in the Rosario mine at Cotui, and the wind energy projects underway in Baní (south) and Monte Cristi (northwest), among other major local and foreign investments. 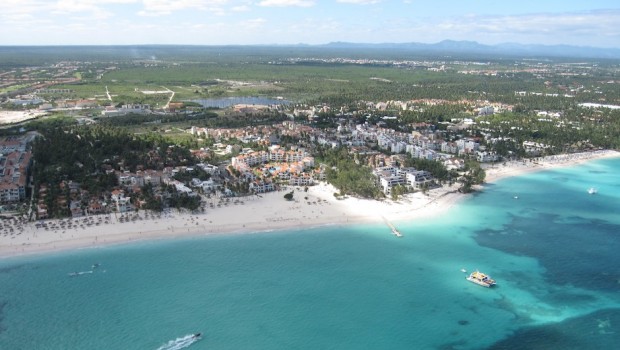 Dominican Republic – The Best Place in the Caribbean